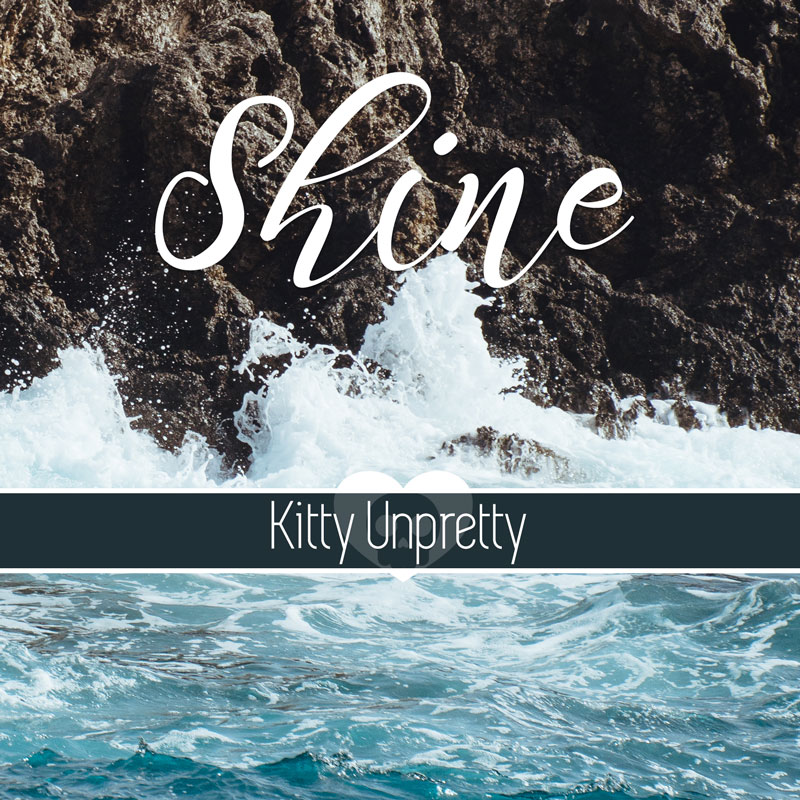 It didn’t help that she didn’t know the answer to that last question.

“Where did you find this?” she asked finally, instead of explaining anything.

Drago pointed down the coast, toward a sliver of beach barely visible from the end of the pier. The land curled outward there in a thin crescent, walled in by thick forests and high cliffs.

That raised more questions than it answered.

“Was there anything else around it?” she asked, frowning at Garfield’s bright orange face. Garfield smirked back. His pupils and some of his stripes had been worn away by time and sand and saltwater. If he’d been bigger he might have looked sphinx-like.

“More of these,” Drago said, tapping the plastic with one of his nails.

He considered the question. “32,” he said. It was more confident and specific than she’d anticipated.

There were 32 Garfield phones scattered across the sand of the beach. They’d built up like driftwood, deposited by the tide.

“This is…” Emily wrung out her skirt as she turned, surveying the landscape. “Creepy,” she decided.

“Creepy,” Drago repeated, not quite but almost a question. She could see him chewing silently on the word.

“For me, a little,” he said eventually. He picked up a Garfield close to the water to examine it. “For you?”

“Yeah,” she said. It felt like it should be obvious, if he felt the same way about it. “Why are there so many?” she asked, spreading out her arms. “How did they get here?”

Drago shrugged, his weight resting on his tail in the shallow water. “Your things get everywhere,” he said, setting the phone back into the sand.

“They do not,” she said, defensive, before realizing that he probably didn’t mean her. It was a collective ‘your’, a human ‘your’. She looked at the beach. “This isn’t normal,” she said lamely. “For us.”

“No,” she said, twisting and wringing out her braid. “It’s… stuff like this is supposed to be in buildings.” But of course he wouldn’t know that, when he usually only saw whatever fell into the ocean. Shipwrecks and plastic islands as the natural state of human detritus. “We should pick these up,” she said. “We can take them back to the lighthouse and get rid of them.”

Drago looked along the length of the beach, only some of which he could reach from the water. Then he nodded, and pushed himself backward with his arms to disappear into the sea.

“You’d better be coming back,” she warned the air he left behind. Then she trudged through the sand, toes sinking into it as she picked up Garfields and set them into a pile. Birds were singing, the breeze was cool, and the waves lapped gently against the beach. And she was picking up plastic phones that looked like the lasagna cat.

If her father were here he’d probably be monologuing about corporate pollution. He’d know exactly what to do with all these Garfields. Once she figured out how to get all this to him.

Drago emerged back onto the beach with a splash, a net in one hand.

“Oh! You brought a bag!” He basked, triumphant, in the sound of her pleased surprise. He started to scoop what Garfields he could reach into the netting, as Emily herded her pile toward it. “We’re making good progress!” she said, because the pile looked very impressive to her.

She froze. “What others?”

She almost asked how many were underwater that she couldn’t see, but refrained. If the number was higher than 32, she didn’t actually want to know. “Let’s see how much room is left in the net after we’re done with these, first,” she said, gesturing to the Garfields still sitting in the sand. “Why do you think they’re creepy?” she asked, adding another phone to the net.

“Not very,” he said instead of answering.

“I’m not saying you’re scared,” she assured him, assuming that was the problem. “I’m just wondering what this looks like to you, I guess.”

Drago pulled himself sideways with his arms and tail to reach another Garfield. “Signs,” he said finally. “Trails. Reminders that they are there, might still be here. Warnings.” He reached for her, and she realized she’d been shrinking in on herself. She tried to relax, and bent to take his offered hand.

“Sorry,” she said, which wasn’t what she meant, but whatever better word there was wasn’t one she had.

“I’m not scared,” he reminded her, pressing a kiss to her knuckles. He smiled with a show of teeth, and her heart skipped. “You’re not scary.”

“Yes,” he agreed, tugging her hand to pull her closer, until she gave up and knelt in the sand. “I like this better.” He caught her mouth in a quick kiss, and while ordinarily she might have felt deprived, this time the Garfields were watching. “You will keep these?” he asked, gesturing to the phones.

“Oh, heck no,” she said. “Dad’ll probably make some kind of horrifying robot out of them, I don’t really know.”

Drago nodded, making it more obvious than usual that he didn’t understand half of what she said. “Good. I don’t trust him.” He pointed at the impassive, worn-away face of a plastic cat.

“You have good instincts.”