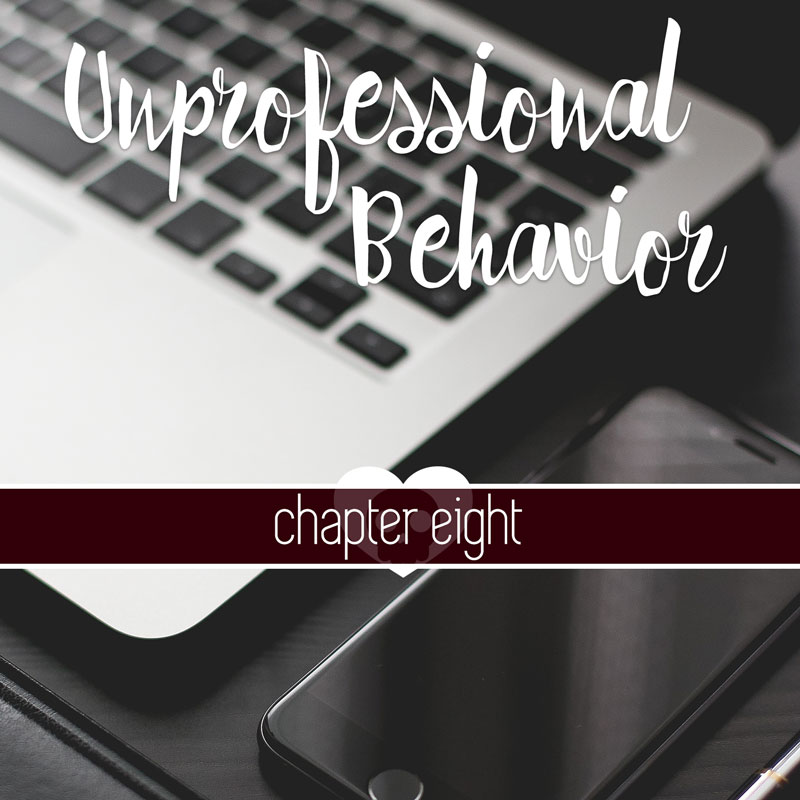 Jeremy: So my hotel budget has gotten a little out of hand
Victoria: I’ve been telling you to let me pay for like two months.
Jeremy: Actually I was thinking you could come over
Jeremy: To my house
◦◦◦
Victoria: Huh.
Jeremy: That’s not encouraging
◦◦◦
Jeremy: I feel like you’d know by now if I was a serial killer
Jeremy: Planning to serial kill you
Victoria: It would explain so much if you were, though.
Jeremy: Woooowwww
Victoria: But as a general rule serial killers are white guys.
Jeremy: Really reassuring me with all this serial killer knowledge
◦◦◦
Victoria: I don’t think you’re a serial killer.
Victoria: It just seems kind of awkward.
Jeremy: Being in my house?
Victoria: Kind of.
Jeremy: You might like it
Jeremy: I could make dinner
Victoria: That’s more awkward, not less.
◦◦◦
Jeremy: Okay
Jeremy: Well
Jeremy: That’s kind of
◦◦◦
Jeremy: Can you explain to me what’s awkward about it?
Jeremy: I’m not trying to argue with your decision
Jeremy: I just want to understand
Jeremy: For future reference
◦◦◦
Victoria: I don’t know.
Victoria: It feels like a date?
Jeremy: And you don’t date
Victoria: See putting it like this makes me sound crazy.
Victoria: I just don’t like it when guys do stuff like that.
Jeremy: Stuff like having you over for dinner?
Jeremy: And having sex in their own bed?
◦◦◦
Victoria: Bringing me into your life.
Victoria: Your not-sex life.
Jeremy: As a friend
Victoria: Yeah but I’m not really that either.
◦◦◦
Victoria: Friends are there for you and they’re emotionally supportive.
Victoria: I’m really not.
Victoria: There’s not a point where I stop being a huge bitch.
Jeremy: Victoria
Victoria: I’m not saying that for pity.
Victoria: Literally the exact opposite of that.
Victoria: I’ve had guys think that they just needed to get past my defenses.
Victoria: Like I’ve got a crunchy bitch shell around a gooey feelings center.
Victoria: But I am nothing but bitch.
Victoria: Oops, All Bitchy.
Victoria: I don’t want you getting mad at me because you thought I was something else.
◦◦◦
Jeremy: Okay
Jeremy: Thank you for explaining it to me
Jeremy: I can see how that would be frustrating for you
Jeremy: And possibly dangerous if the wrong person got mad
Victoria: You’re not that kind of person, though.
Victoria: I think you’d just be really sad.
Victoria: And that sounds fucking depressing.
Victoria: So I’d really rather you didn’t.
Jeremy: Okay
◦◦◦
Jeremy: I know I said I wouldn’t argue
Jeremy: But I just want to point something out and then I’ll drop it
Victoria: Okay.
Jeremy: You’ve been fine meeting me at the pub
Jeremy: Which means that doesn’t count as a date
Jeremy: And that’s the kind of thing I was thinking of
Jeremy: Making dinner’s nbd because I do that every night
Jeremy: This was never going to be a candlelight and roses thing
Jeremy: And it’s not like having someone over is a big deal for me
Jeremy: Basically everyone in the office has come over
Jeremy: They bring their kids and I let them use the pool
Victoria: Why do you have a fucking pool??
Jeremy: Why would I not have a pool if having one was an option
◦◦◦
Jeremy: Anyway
Jeremy: If you still aren’t comfortable that’s fine
Jeremy: Just let me know if you need my address
Jeremy: Or if I need to get a room