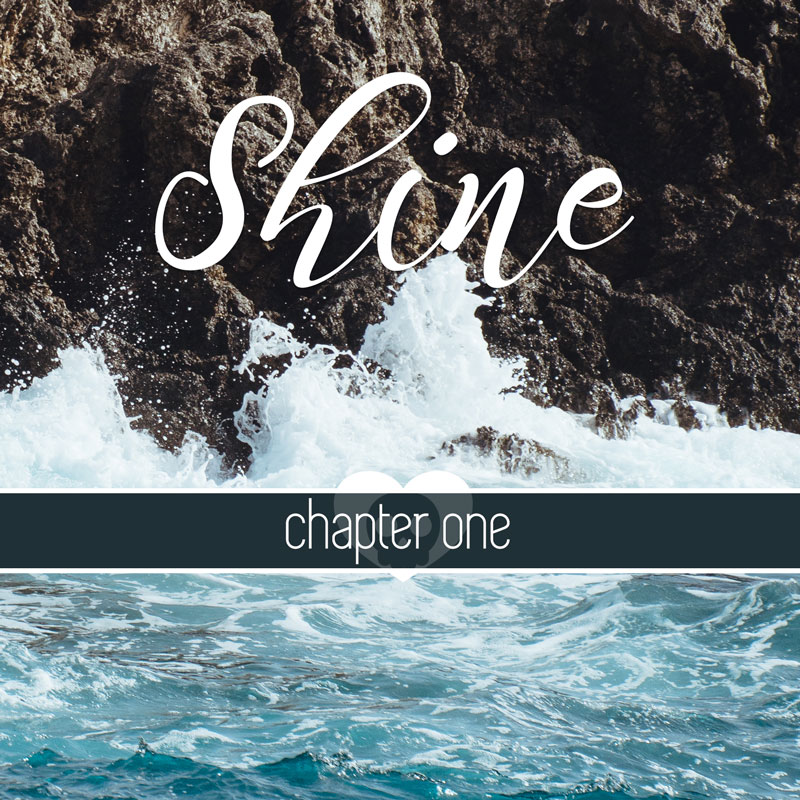 It was possible that her friends had been right about it being a bad day for the beach.

She’d been really sure, though, that the clouds would dissipate in the noonday sun. Plenty of gloomy mornings gave way to brighter days! Her weather app had said it would be sunny later, anyway. Just hers. Not any other weather apps. But that was ideal! It meant the beach would be free of the faint of heart, no crowds to contend with.

An empty beach with nothing but friends. Perfect.

Except, instead, it was just… an empty beach. A regular empty beach. With Emily, in her pretty new bathing suit, and no one to enjoy her first-day-of-summer playlist with her.

There was also a lifeguard. He was not as cute as lifeguards on television. Every time she got further than knee deep in the water, he’d go whistling at her to get back on the sand.

Honestly. It was just cloudy. There was maybe a slight breeze.

She probably should have just given up on the whole endeavor, but Emily was not the sort of person to be so easily dissuaded. Just because the weather was bad, and no one had showed up, and a seagull had ruined her towel—that didn’t mean she couldn’t have a fun day at the beach.

She just had to get out of sight of that lifeguard, was all. If she could just get a good swim in, this whole thing would be worth it.

It was possible that the lifeguard had been correct. Possibly. Maybe.

It was also possible that she’d accidentally been swimming out through a riptide, totally unaware that she was moving away from shore at three times the speed that she thought she was.

She was willing to accept that a minor—minor!—error in judgment had been made.

She was well out of the current, now, and so getting back to shore was just a matter of… swimming. Doing a lot of swimming. About a mile’s worth of swimming. Which was doable! Definitely doable, and definitely no reason for her to try to signal the lifeguard to tell him he was right.

Yes. This was fine. Everything was fine.

It started to rain.

But maybe the waves would help push her to shore faster…?

As water overwhelmed her, attempting to push her downward, Emily accepted that it might be time to swallow her pride. She lifted her arms to wave toward the lifeguard’s tower, and swallowed water instead.

When she woke up, she was coughing up saltwater, which tasted about as awful as it felt. The ground beneath her was hard, the sound of water against stone echoing in her ears, and something was…

She opened her eyes.

Someone. Someone was touching her legs. Doing so with much more intensity than really seemed called for, brow furrowed as his hands ran over her skin.

It was not until those hands started to go higher that it occurred to her that this was very, very strange. She shrieked, pulling her legs away, and he let her go. He looked very taken aback, actually—as if she were the weird one. He had the kind of eyebrows that, in conjunction with his cheekbones, made her wonder if she was the weird one.

Very regal features, for a shirtless man in a cave.

Why were they alone in a cave?

“Who are you?” she demanded, curling up to hug her legs against her chest.

He did not respond. Instead, he narrowed his eyes, leaning closer to squint at her mouth. It was very dark, was the thing, and the shadows were doing strange things to the color of his eyes.

“Excuse me,” she said, but he still did not make a sound. “Do you not speak English?” Maybe that was it. Maybe she had been rescued by a mysterious Italian lifeguard.

He hummed at her. Under other circumstances, she might think he was just humming generally; but he was humming very aggressively, and in her direction, and so she was forced to conclude that he was humming at her.

“I…” She faltered, a shiver down her spine. Just the cold, she told herself. The rain, the wind, the cold. All perfectly good reasons to shiver. “I don’t think I know that song.”

He made a clicking sound that seemed suspiciously irritated, and hummed at her again. He was leaning closer, and her eyes were not adjusting, his eyes still too dark, something she couldn’t see in the hair that fell down to his shoulders.

She flinched as a crack of thunder reverberated through the little shelter. She opened her eyes in time to see lightning chase away the shadows of the cave. She shrieked again.

Black eyes. Or, no: blue eyes. But black, all black outside a ring of blue. Stripes on his skin and fins in his hair and scales, definitely scales, scales the color of his eyes. She could see them now that she knew what she was looking at, thrown into sharp relief as he recoiled from her scream, fins all flaring outward briefly before settling.

“I’msorryIhavetogonowthanks.” She tried to stand before she knew quite what she was doing, jolting upright on shaky legs, ramming her head into the stone above with such force that it almost looked intentional. Her legs gave out again, seeing stars as she crumpled and pressed her hands to the top of her head. “Ow.”

He didn’t smell like a fish. She didn’t know what he smelled like. Salt, maybe. He was clicking again and moving her hands and sharp nails—talons?—were raking through her hair. She could see his tail, now, the way it curled beneath him to hold him upright, muscles moving beneath scales. So many scales, so much of him, translucent membranes draped and shimmering like silk.

She hiccuped with what might have been laughter. “You’re a mermaid. A… a merman? A man… maid. You’re a fish.” She was not shivering so much as shaking outright. “Did I die? You have to tell me if I died. Don’t tell the lifeguard, I don’t want to give him the satisfaction.”

Her head was throbbing, now, which was pretty sure did not happen to dead people.

He put his hands on her upper arms and squeezed, let her go before doing it again. Trying to hold her still.

“That’s not how shivering works,” she informed him through chattering teeth. He frowned, and put two fingers beneath her chin to try and push her jaw shut. That also did not work, but did make her laugh, at least. He drew back, puzzled, but almost immediately tried it again. She smiled. He tried to imitate the expression, but sharp teeth had a bit of a different effect.

“I’m cold,” she tried to explain, as if it would mean anything to him. She rubbed her hands over her forearms, crossed her arms tight over her chest to try and maintain what little warmth she had. He cocked his head to the side to look at what she was doing, but that meant looking very intently at the general region of her chest, and so she tried to arrange her arms more demurely. He scratched his head, and she wondered if that meant the same thing for mermaids. Mermen. Fish.

He hummed again, then, one large arm wrapping around her to pull her suddenly on top of his tail and against his chest. She stiffened, wide-eyed, but he did not seem to notice. His arms wrapped around hers, and any protest she might have made died in the face of one simple fact: he was warm.

“Oh.” She swallowed a lump in her throat, still raw from saltwater. “Yes, this is actually very helpful, thank you.”

He rested his chin on the top of her head, and his hum resonated through his sternum and against her back. This time, her shiver was definitely not from the cold. She stared out at the stormy ocean, another lightning strike reflecting against the scales beneath her legs.