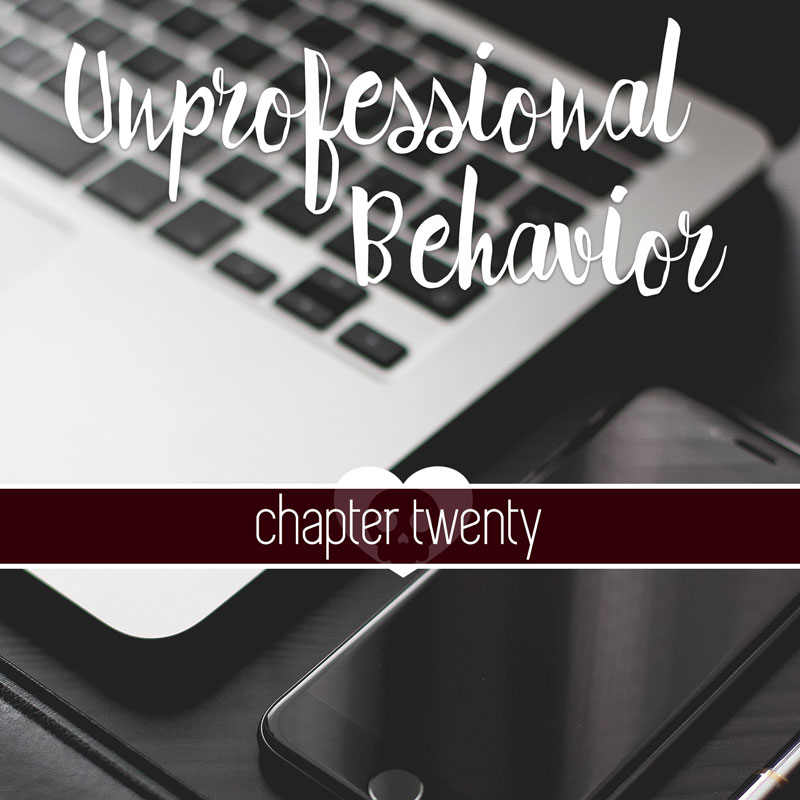 Jeremy was busy with meetings all day, making him easy to avoid. She left early to get home before he would, but that turned out to not be necessary. He was late, and the anticipation of waiting tied her stomach into knots.

She tried sitting on the couch. She tried sitting on the stairs outside. She tried sitting on the stairs inside. She left her shoes on, then took them off. Nothing felt right, nothing gave the right sense of polite distance. She was too antsy to sit. She stood near the entryway instead, rocking on her feet. She’d dropped her things off in her kitchen, too worried that she would accidentally leave something upstairs and need to come back for it. She wouldn’t want to talk to him right away after telling him, she already knew that. He was going to try to argue with her, going to make it sound reasonable when he did. She played out imagined arguments in her head, and wished she had her phone.